Asynchronous Wireless Audio is the traditional wireless CE-use-case, where audio can be simultaneously streamed to different wireless speakers in the home, but no accurate synchronization is enforced.  This basic use-case can already be fulfilled with plain-vanilla Wi-Fi (or alternative technologies) and will not be discussed further.

The major differences between the synchronous use-cases are the following:

An essential feature for the CE use-cases is obviously the inter-device time synchronization – i.e. audio/video sinks in the same playback session need to be accurately synchronized to get the best possible user experience.  Figure 4 illustrates an example where multiple groups of synchronized audio and video sinks coexist next to each other. 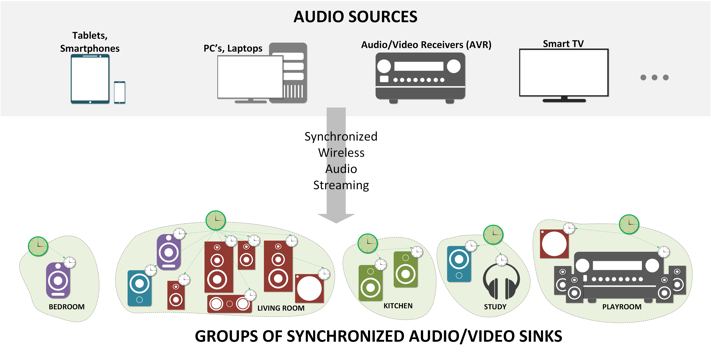 Figure 4: Different audio sinks can be grouped together into sets of synchronized audio sinks to enable the synchronous CE Use-cases